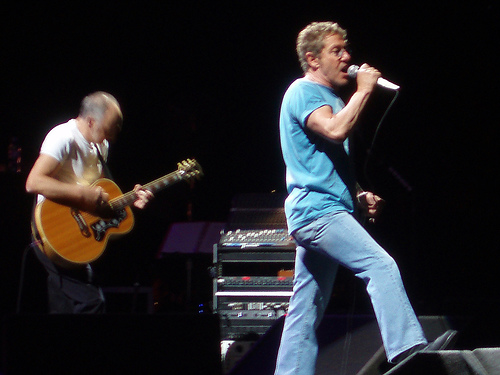 In 1978, the year after I graduated from high school, I was working for an audio retail store chain based in Houston called Custom Hi-Fi. They’re no longer around but at the time they had 72 stores around the country.

One evening, a customer walked in the store and I approached him. In those days, we all worked on commission so, naturally, I wanted to make a sale. The guy was kind of a pest. He asked tons of questions and seemed to raise every imaginable objection. In the end, he left without buying anything.

At the time, I knew every piece of gear in the store like the back of my hand and had a real passion for hi-fi gear. I had some natural sales ability, I suppose, but had never had any real training. Most of the stars in the company were the high-pressure types. Those guys would give me advice but the fast-talking slick salesman routine just wasn’t me.

I worked my way up the ladder and became assistant manager of my store. When my manager was promoted and moved to a bigger store, I assumed I was about to become, at 18, the company’s youngest manager. Instead, they called me in to tell me they were moving me to a new store as a sales person, a move I viewed as taking a step backwards. The city manager, David Gerber, told me that I was great at organization but lacking in sales experience and my numbers were bad. I was around #40 in Houston in sales.

A few days later at a company meeting, I discovered how he came to that conclusion. With the entire staff present, David got up and introduced our new national sales trainer. Up to the front of the room came Derry Hyman, the ‘pest’ that had come to my store a few weeks earlier.

The first thing he did was tell us how he’d posed as a customer and visited all our stores. Then he proceeded to call some of us by name to the front of the room. Care to guess whose name he called first?

I stood at the front of the room, petrified, as Derry took me through our original encounter, pointing out mistake after mistake. I felt pretty bad but quickly realized that my peers didn’t fare much better.

Later, he began working with us both as a group and one-on-one. Until someone from the company left a comment here after the initial post, I didn’t even remember Derry’s name but the lesson he taught me has lasted a lifetime.

We had a conversation one day and I explained my reluctance to engage in hard-sell tactics. He said, “Then don’t, it’s not your style anyway. Go for the soft-sell, that’s who you are and you’ve got to be true to who you are.”  He taught me how to ask questions and how to shut up and really listen to the answers. He also taught me how to overcome customer’s objections but in a way that didn’t make me feel like a carney.

I went to work at my new store with a whole new attitude. And I started shaking things up in a big way.

Saturdays were usually the busiest day in the store. Custom Hi-Fi ran sales almost every week and ran full-page ads in the Sunday paper. Saturday was the last day of the sale and we’d usually be swamped. I hated Saturdays because there were so many customers that we wouldn’t have much time to spend with an individual customer.

Customers would want to buy the turntable, receiver or tape deck that was on sale, usually marked down to the point there was little profit, and thus little commission involved unless you did a huge volume.

So I had an idea and started trying it out on customers. I told them that I’d be happy to sell them the item that was on sale but I wanted to make sure they were choosing the right piece of equipment. I asked if we could make an appointment for the following week at a time and day that was convenient for them.

If so, I told them I wanted to know more about what kind of music they liked, what kind of equipment they had now and the size and makeup of the room they’d be using the gear in. I assured them that if we decided that the sale item was the right piece of gear for them, I’d honor the sale price even though the sale would be over by then. I’d take their name and phone number and promised to call them the following Monday morning to set up an appointment.

Many of them couldn’t believe I was letting them walk out of the store without buying something but most agreed to the appointment. My manager couldn’t believe it either and questioned my sanity.

But then he started to see the results. People almost always showed up for their appointments. Some still bought the sale items, some didn’t. But almost all ended up buying a complete system or at least multiple components. And they didn’t haggle over the price. Plus, they told their friends about me.

If a customer bought a complete system, I offered to drop by and set it up for them. If they purchased anything, I followed up a few days later to see how they liked it and to check and see if they had any questions.

When the following month’s sales charts came out, I’d moved from #40 to #4. Even better, I was #4 in sales volume but #1 in profit. I left Custom Hi-Fi not long after that when I was offered an opportunity to book acts for a local rock venue but I never forgot the lesson I learned from Derry Hyman or the experience of how quickly things can turn around when you accept the right teacher when they appear in your life.

(Thanks to Carl who left a comment below reminding me of Derry Hyman’s name.)

This error message is only visible to WordPress admins