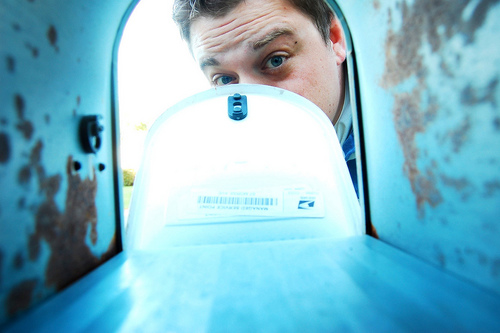 Recently I opened up my mailbox to discover a check for about $675. It was completely unexpected. Could you use an extra $675? And would you like to get good search engine rankings without a lot of hassle? If so, read on…

Back in 2002, when I was fairly new to Internet marketing, the late Corey Rudl taught me a great way to earn extra income online via affiliate marketing. The idea behind affiliate marketing is if you refer people to a particular website and they buy something, you get a percentage of the sale. It’s a brilliant concept and online merchants love it because it’s advertising they only pay for when they actually make a sale.

Corey taught me one of the best ways to generate affiliate income: writing product reviews. One way or another, I’ve been getting checks this way for years. One company in particular sends me between $500-900+ per month via Paypal and I haven’t actively promoted them in over 5 years!

When I first heard about this, I found most of the reviews I was reading were so positive that they could have been written by the product developers themselves. Instead, I wrote honest, uinbiased reviews just like you’d see if there wasn’t a commission involved. I wasn’t afraid to diss a product that deserved it, commissions be damned.

My consulting business keeps me pretty busy but I still make a habit of writing reviews for the various products and services I try that I think might also interest you.

But over the years, I’ve noticed a funny thing that’s happened. Without any extra effort on my part, my reviews often end up at the top of Google’s organic search results. For example, in 2005, I wrote a series of review posts for John Reese’s Traffic Secrets course. At the time, John offered a $500 commission on referrals. To this day, I rank #1 on Google for “John Reese Traffic Secrets Review”. That listing generated several thousand dollars in commissions.

My review of Craig Perrine’s course also got a #1 ranking on Google:

At the time of its release, I was #1 on Google with my review of Kate Buck’s Let Get Social. I’m still #4 on Google and that was good for nearly $700 last month. All from a post that took me about an hour to write: 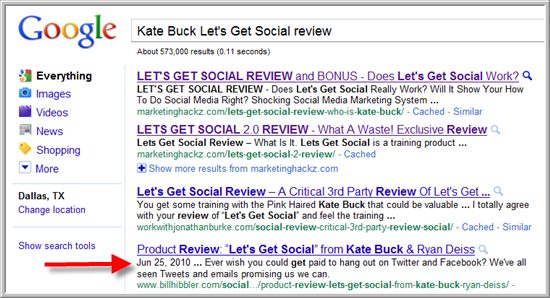 I was #1 on Google the same day I wrote my review post of Armand Morin’s new Facebook ads course and saw an immediate impact on my Paypal acccount:

As I’ve said frequently on this blog and elsewhere, I think the ship has sailed on many of the ‘make money online’ opportunities that are still actively promoted these days. Yet I still believe in affiliate marketing, especially as a way to supplement your current income.

If you’ve got products and services that you’re using in your business every day, why not review them for your audience? Just keep it real and don’t hype the product and make sure you’re transparent about being an affiliate.

Have you tried affiliate marketing? How did it work for you? Or will you try it soon? Leave a comment below and let me know.