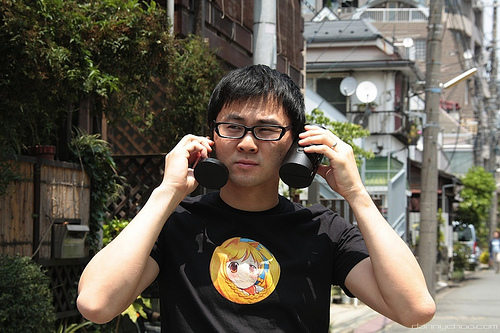 I just got a comment from Malek Haneen on my post about how to use Kickstarter.com to get the cash you need for your creative project.

How did you get so many backers though? I have put up 2 projects just recently and I cant get any play at all. It seems like there just so many of millions of projects now that kickstarter has become mainstream. Any help is greatly appreciated!

In the original post, I highlighted a project where the inventors of an iPhone accessory called The Glif, raised over $100,000 in 30 days for their project. Let me begin by pointing out that this wasn’t my project. I’m just reporting on the site.

Malek, I’ve looked at both your film projects. The key difference I see between The Glif project and your “Wrong Time” project is your presentation, the value you’re offering for pledges and the lack of WIIFM (What’s In It For Me) in your approach.

Here’s a side-by-side comparison:
Glif: For $20, the Glif inventors are giving you the product. Which means they’re essentially pre-selling the product.

Wrong Time: Your rewards for higher pledges aren’t bad but you’re not offering anything for pledges below $50. Why not offer the DVD for a pledge of $15-20? That way you’re essentially pre-selling the DVD.

Glif: The creators project video was made specifically for this project. They’re addressing the audience while showing what they’re project is about. They made a compelling video.

Wrong Time: You used your film trailer as your project video. Why not create a video where he introduces himself to the audience, then cut to the trailer and then back to you talking about what you’re hoping to achieve and why the audience should want to help?

Glif: The creators clearly demonstrated what’s in it for the audience when they participate. Now this isn’t apples to apples. The Glif people aren’t creating entertainment, they’ve identified a need in the marketplace and are filling it. It’s a cool accessory for a very popular device.

Wrong Time:Your project is strictly entertainment. It’s, from what I can tell, a low-budget action flick. It’s not a documentary that might stir a lot of emotion. So why should the audience care? What would be a good WIIFM?

Glif: The Glif creators got 5,273 backers. It’s easier for people to place their trust when they see lots of other people doing so. It’s why far more people will choose a restaurant that’s crowded versus one that’s empty.

Wrong Time:So far, zero backers. You need to get social proof on your side. Nobody wants to be the first person to show up at the dance. Bartenders have known this for years. When starting their shift, bartenders will usually toss in a few bills and some change in the tip jar, which shows patrons others have tipped and that small tips are okay, too. Surely you’ve got some family and friends that can prime the pump for you.

What recommendations would you have for Malek? Please leave a comment below.